Today I visited a fun writer's group. One of the exercises was to pull a title from an envelope and pull a picture of your main character from another envelope. We then had 5 minutes to write. I had so much fun with this.  The title I drew was "Today I Got Fired" and the picture I drew was a 20 something young man with tousled hair, wearing a black T-shirt, hands on hips and a look that said, "What?" 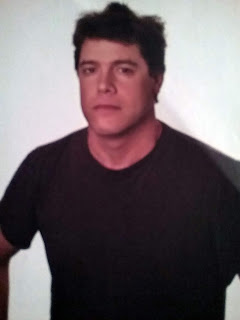 Today I Was Fired
Who knew Mondays were mandatory or that t-shirts and holey blue jeans were not proper attire?
Who knew that flirting with the boss’s daughter was in poor taste or that her husband might object?
Who knew that sleeping on the job, leaving several hours early or playing solitaire online during work hours was frowned upon?
Who knew that borrowing money from petty cash, eating co-workers lunches from the fridge or putting a whoopee cushion on the dweeb in accounting’s chair was a no-no?
Who knew?
Charles Newton Hollingsworth, President of Newton Enterprises knew…and now I know, too.

My Other Blogs & Sites